I can't help but think of how much of life is learning about how to let go. The message that keeps running through my head is that I need to let go of certain things in my life so that I will be open to receiving what the future holds for me. This "lesson" can be especially hard on the heart when letting go involves more than just letting go of expectations, or inhibitions, or even old ways of reacting. I'm talking about the pain of letting go of someone you love.

One of the ways in which I have been blessed to be learning how to live and let go is through generous Diana. Her 9&1/2 year old daughter, Hannah, passed away one year ago after battling ALL. Diana has kept a journal of their journey here, and I have been with them every step of the way, at least in spirit.

I never knew Hannah in person, and I never knew I could so deeply mourn someone who I never met. I first heard about Hannah's illness through one of the unschooling lists and I remembered seeing her mom, Diana, at the Live and Learn conference in Peabody, MA. I was SURE Hannah would be cured. Then harsh reality forced me let go of that idea. For the past year I haven't been able to hear this song without crying.


I could not accept the reality of what Diana has had to face every day for the last year! Yet through Diana's generous spirit, through her ability to share her journey, I been inspired beyond what mere words can say. She has shown me more than just how a mother deals with unspeakable grief. Through her I have seen how a person remains open to the world, and continues to bless the world, during times when many would cling tightly to what once was.

Diana has shared more than just Hannah's story, she has shared Hannah with the world. Many who meet Diana are given a packet of Hannah's ashes to spread in special places and then share their story with Diana. The joy of Hannah's life is carried on through Diana's efforts and through all who recognize the significance of being a part of Hannah's eternal journey. We were so blessed to be able to release Hannah's ashes on February 18, 2007.

I have to say that I was very concerned about releasing Hannah's ashes in a "special" way at a "special" place and a "special" time. (We received her ashes in September 2006 at the Live and Learn Conference.) My children had asked me several times, "When are we going to spread Hannah's ashes?" I kept saying, "I don't know." I was waiting for the perfect moment, day, time, occasion, place to present itself.

Then, I received I mixed CD from Diana as part of a trade. This beautiful song came on called "Say Goodbye" by Girlyman. When they got to this part of the song, the tears were streaming down my face:
"Can you see how I miss you so?
Can't believe your wanting to go,
'Cause I just don't know how to make myself
Let you go.

And I still can't seem to find
A simple way to say goodbye."
Here I was holding on to Hannah's ashes waiting for the perfect time to let them go, and I felt like a fool. There is NO perfect time to let go, and you never stop letting go! Diana had no choice about when to let go. How selfish of me to hold on so long!

Finally, I decided that we will let Hannah go swim with the dolphins and the manatees at Sandsprit Park. It is a beautiful park just a mile from our house, where we have seen dolphins early in the morning, and boats have to go very slow to avoid injuring manatees in the "Manatee Pocket" inlet. DH, myself, and my two youngest children went together. Angelica(10) and Joseph(7) each let half of Hannah's ashes go over the water. It makes me smile to think about Hannah with the dolphins and manatees, and how free her spirit is now. 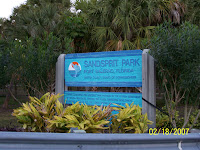 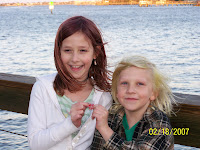 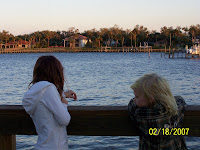 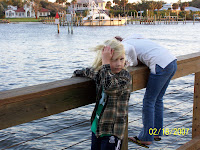 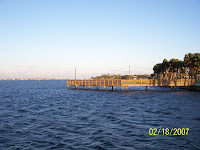 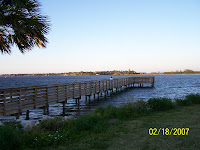 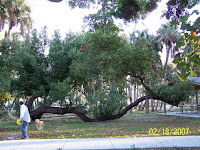 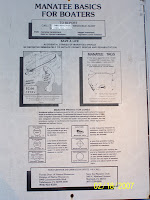 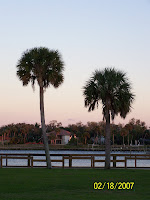 It also makes me smile to know how free we all can be when we are able to let go. Thank you Diana, Hannah, and Hayden(Hannah's brother) for letting us share in your journey!
Posted by Deanne at 8:26 PM

What an awesome post! Diana is an inspiriation! I can't say I'd be able to do what she has done.